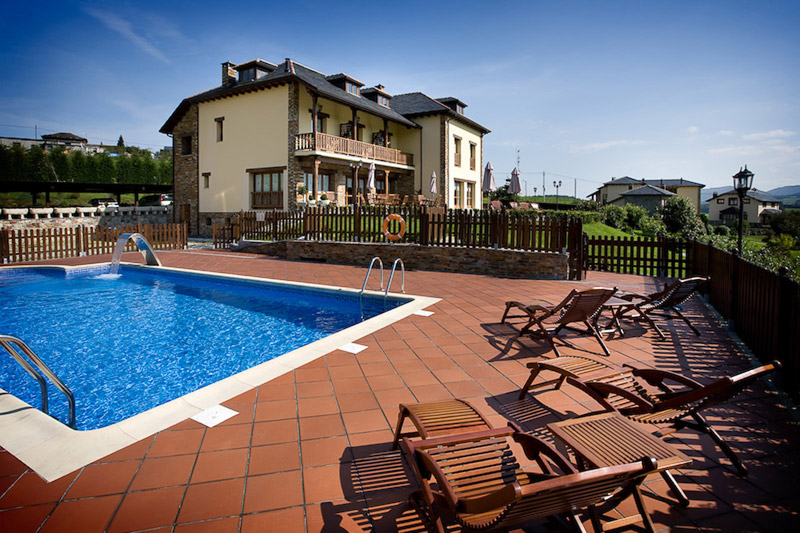 Between the fishing towns of Luarca and Navia, the hotel overlooks the valley after which it is named. A former Asturian quintana dating from the early 19th century, a dependency of the feudal mansion “Torre de Llamabúa”, for which it produced the food.

Its sturdy stone and wood architecture, which respects the style of noble Asturian country houses, is a blend of tradition and technology, comfort and tranquillity.

Let your gaze wander unhindered over an estate occupying 100,000 sq. m. with woods, a natural lake, orchards, paths and meadows where deer and Asturcon ponies graze… along with a children’s playground, swimming pool, etc. 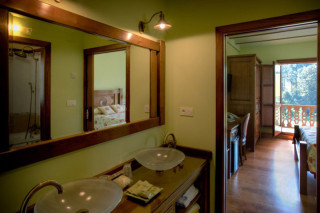 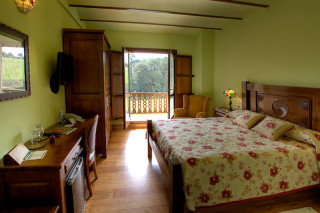 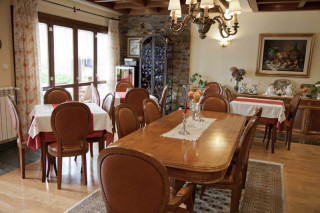 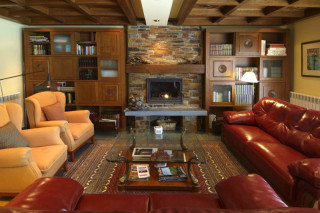 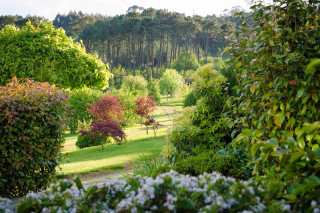 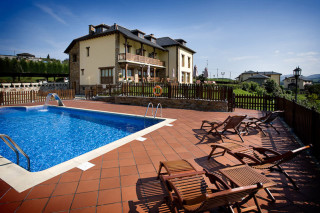 When the traveller passes its walls, everything becomes clear… the warmth and charm of being welcomed, the crackle of the fireplace in the cosy piano room, the roughness of stone, the perfume of wood, the delicious breakfasts… You will discover that you have reached one of those special places where your dreams come true thanks to the complicity of your hosts, Loly and Juan José, and all their staff.

Rooms
The hotel, with its 6 double bedrooms, is a place to dream and remember.

What to see and do
Not forgetting to take a stroll along the coastal pathway on the nearby cliffs, or enjoy the riverside scenery of the River Navia with its centuriesold Celtic hillforts or beaches such as those of Frexulfe, a Natural Monument, or Barayo, a Partial Nature Reserve, and so many other resources in Navia History Park.

NO ANY PETS ALLOWED

All prices in euros. VAT included. Breakfast, lunch or dinner: prices per person.