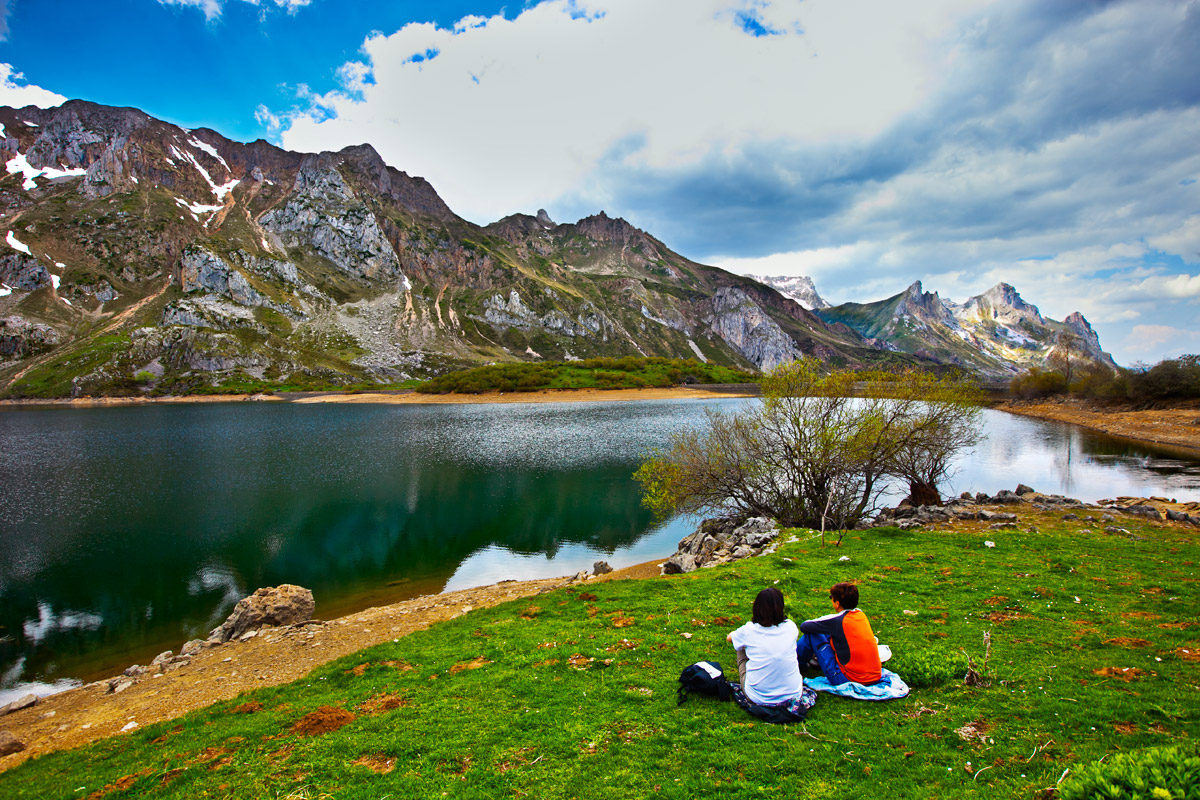 In the middle central area of the Cantabrian mountain range and the municipality of Somiedo fully Inclusions in the park, run through its 29,122 hectares valleys Saliencia, Valle del Lago, Puerto and Pola de Somiedo, Perlunes and Pigüeña, with its five rivers corresponding with the same names.

Its rugged and wild nature, which has won the European Charter for Sustainable Tourism, has managed to maintain balance in their relationship with man over the centuries, until the declaration as the first Natural Park of the Principality in 1988.

They emphasize its rugged mountain ranges that host beautiful lakes, fertile pastures of the valley with its characteristic stone cottages and branches, shelter “vaqueiros” forests of beech, oak, ash, maple, linden and chestnut current wonders of conservation, and abundant wildlife with brown bear in head along with all native species from the wolf to the badger, boar or through the red fox, and more than 100 species of birds.

Among the many routes that the park offers highlights us the Cornon, braña Mumián and Saliencia, the Castro, La Peral – Villar de Vilda, the lakes, and the valleys of Pigueña, the lake, Puerto – Lake and Lake – Braña de Sousas.

Pola de Somiedo we can find the center of interpretation and visitor reception Park. There aspects of the park as fauna, flora, climate, etc … is. and it has a special area on the Cantabrian brown bear.

The park is very close to Oviedo and can take day trips from any of our hotels. We emphasize the Palacio Florez Estrada proximity in the same Somiedo, Casa de la Veiga and Palacio Fernández Heres a few kilometers in Grado, Cenera in Mieres, Oviedo and Viñona Palace and Casa Camila.